Traditions, customs and culture of Andalusia

Traditions, customs and culture of Andalusia

The region’s rich past and history of Andalusia has contributed for hundreds of years to create a unique and singular cultural and artistic Andalusian heritage. The variety of peoples and religions that have succeeded one another allowed to initiate architectural splendors and charming folk customs that were, for a lot of them, given the UNESCO world heritage status. Let’s go and discover them, whether you are in Spain or abroad, for practical reasons or just out of curiosity, let yourself be fascinated by the beauty of Andalusia.

Cádiz, Málaga, Sevilla… all are some of the most influential cities that represent the lovely region of Andalusia and where, each year, its culture is proudly and gleefully celebrated through diverse and world-famous festivities. Here are some of them.

During the summer in Huelva, el cantaor and his guitar accompany la bailaora

You should probably already know that the traditional Andalusian dance is flamenco, but did you know that every year in the city of Huelva, the regional contest of Fandango is organized, a popular dance style very close to flamenco? The dancer is called el bailaor/la bailaora and the singer, el cantaor. Passion, love, refusals and reconciliations are the feelings and emotions expressed in this dance.

Malaga: the religion in the heart of the celebrations 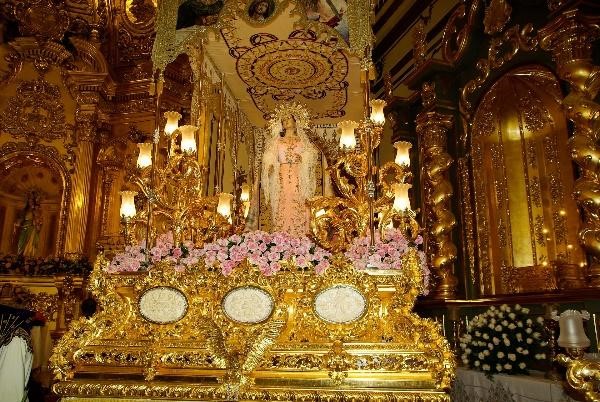 One of the components of Andalusian culture is the religion, which is solidly rooted in the traditions and festivities celebrated. The city of Malaga is the scene of the most impressive and sacred nature event during the Holy week in April, named La Semana Santa. A few millions of Spanish people and tourists come each year to attend the emblematic parade of the catholic Confréries, wearing gigantic ornamented thrones representing biblical events.  All the details, the songs, the music, the costumes worn, give this festival a picturesque and traditional dimension.

Andalusia : Proud in green and white 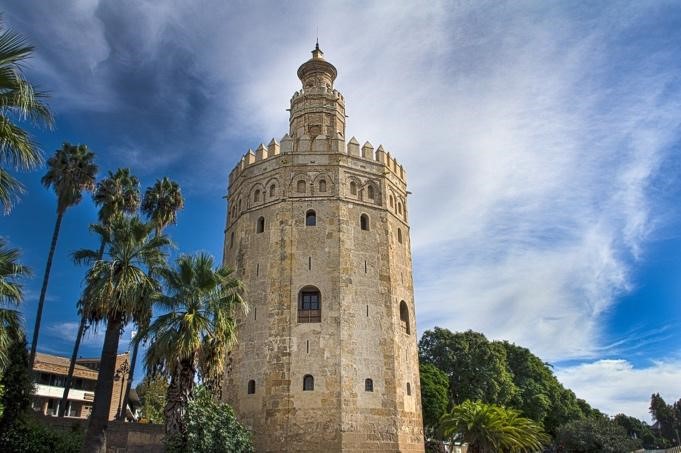 Did you know that Andalusia is considered an autonomous community? Autonomy that is celebrated on February 28, the day on which the official flag of Andalusia, white and green, is proudly hoisted. Each color would have a symbolic meaning: green for hope and white for peace. It is a festive day that celebrates the traditions of southern Spain, its History, the pride of roots and the Andalusian identity.

Every year, the streets of Spain are filled with music, dance and song, celebrating the Andalusian culture. One of the most spectacular Carnival is the Carnival of Cádiz, which takes place over 10 days in February and March. For the record, the origins of the Carnival of Cadiz date back to the Christian era. Before the period of Lent, the Church allowed the people to give free rein to all their emotions through the festivities. Therefore, it is said to be a popular festival where music groups, official or not, parade through the streets singing current topics of politics or actuality.

The year is also punctuated by numerous ferias that enliven Spain during several days. These traditional festivals are sensational for the richness of the costumes, dances, shows and decorations. This is what makes the Feria de Sevilla a festival of international touristic interest of worldwide renown. If you visit Andalusia in April, it is a festival not to be missed where you can discover the traditional costumes, the famous flamenco dress for women and the short suit for men, as well as the sevillana, the Seville traditional dance and music. The festival officially begins with the Pescaíto, where the tasting of fried fish, called pescaíto frito, takes place. At midnight follows the lighting of thousands of bulbs in the streets and of the main gate, which changes every year : it’s called the Alumbrado. Each day has its own particularity and the fair ends with a magnificent fireworks display.

These are only a few examples that reflect the Andalusian culture in some cities of southern Spain. However, this is a small part of a culture and tradition that has centuries of history behind it. It is a region with diversified landscapes that conceals many secrets and where each place, each city, has its own and unique History.